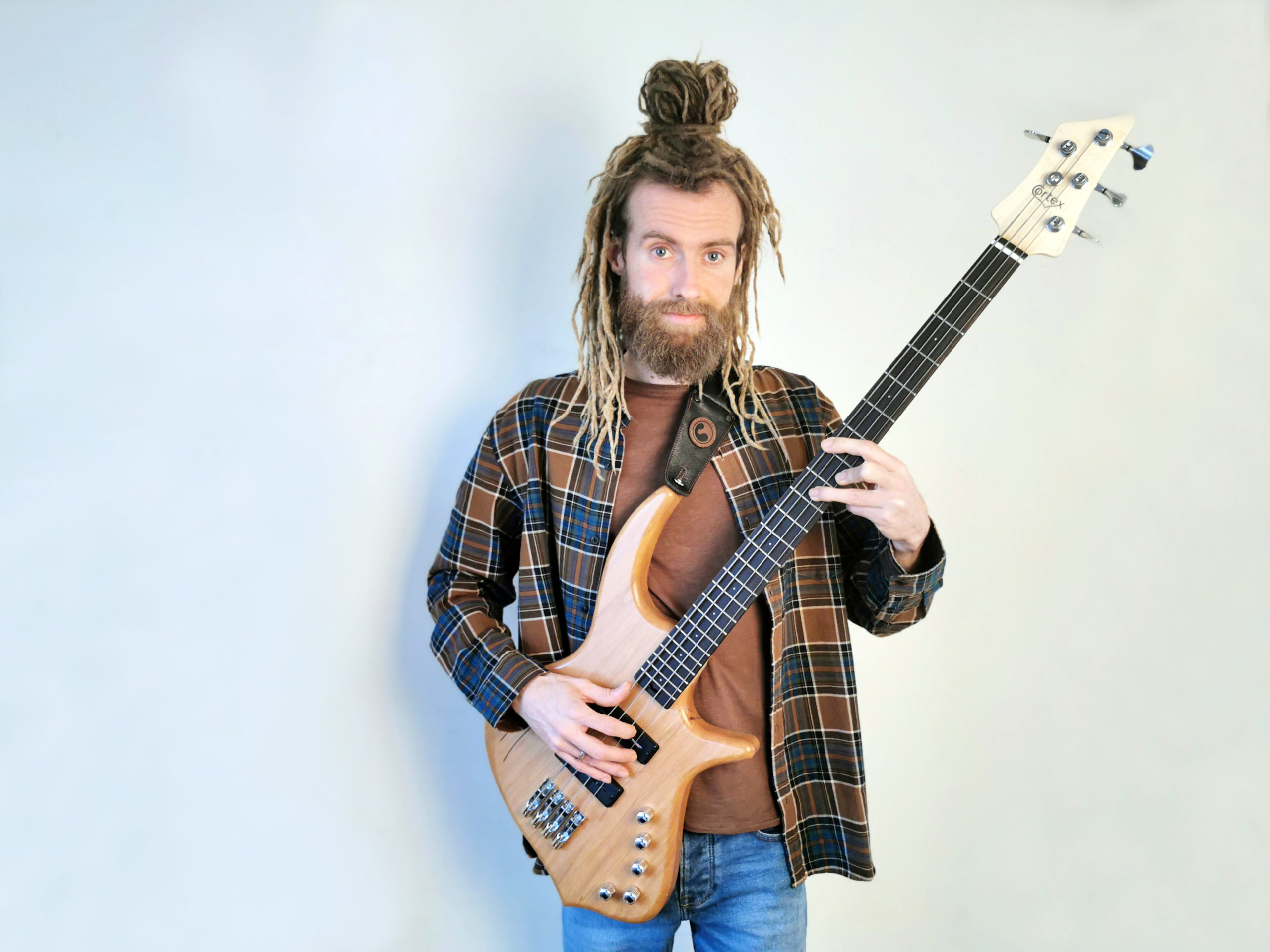 Remco Hendriks is an acclaimed Dutch bassist best known for his performance videos of original solo work that he releases online. His wide variety of compositions and his signature playing style have been acknowledged worldwide as innovative and inspiring, said to be pushing boundaries for the electric bass.

His fingerstyle playing has been dubbed Lobster Claw, a technique Remco developed during years of playing percussive funk bass, re-approaching the well-trodden path for the sake of artistic progress and revival.

He gigs in many genres of music around the world, with an extensive career in trade show and solo performances, clinics and recording sessions. Remco plays a Cortex Napoleon 4 string with active electronics, a custom fretless is in progress.

His 5+ hours catalogue of original music has been released online on Remco’s Groove Lab, performed in single takes on camera. It has claimed viral attention with excellent reception, leading to numerous shows and opportunities.

Remco is about to tour with his new funk trio, just published his 3rd solo album and keeps releasing new work online, check out Remco’s Groove Lab for a wild ride!